This paper will focus and compare the Californian Ideology 1.0 and 2.0 on two levels, combining ideological background and closely connected elitists and entrepreneurship in web 2.0, creating a lineage between historic and current developments. In this lineage the elite and related ventures are to serve as the connecting thread. The economy and markets is a third related level but is a different and extended stretch and is therefore not included in the paper. The element of markets would explain where companies focus their attention on the web 2.0, models of the ‘free’ and, directly related, models of capital.

Where the internet and greater new technologies before have military origin, nowadays technologies and implementation are developed and financed by private companies and organizations. Even the backbone of the internet has become privatized, as part of its protocol, DNS, is now largely accessed by going through private parties such as Verisign, the administer of .com and .net TLDs. This was formerly a responsibility of the United States Department of Defense. Completing the demilitarizing process, GPS is going to get a European counterpart Galileo, this time not backed by military ascendancy but by civil initiative. These changes a quite significant as practically all communication and location technologies are now part of the open market or at least openly available. It is in this light the ideology and further development of web 2.0 takes place and I will therefore take a moment to retrace the ideology of the web based on the work of Turner (2006) and Barbrook (1995, 2007).[....]

The Internet Is Taking My Pictures

Unlike Google Maps, Russia's Yandex Карты is much more tourist friendly in that it does not blur your face away when you have been caught on camera! Yandex does not seem to uphold an evenly strict privacy policy as Google is imposed to do. A big help, as it assists me in taking touristic snapshots wherever I go. 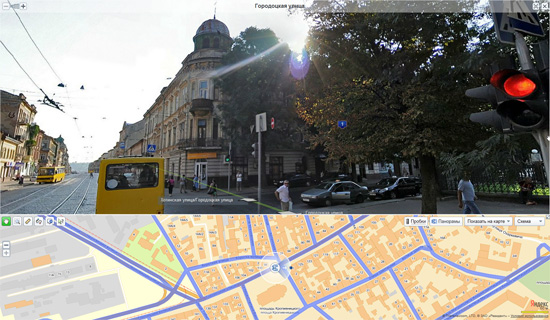 The canvas above is an adaptation of one of the many rage faces which are used in so-called rage comics. I recreated the original 'actually…' rage face in vector format, allowing for a high quality print on canvas. If not figured out by now, this one and this one are good rage comics featuring the 'actually…' face which illustrate the meaning of the emotion depicted on the canvas.[....]

After many years since the original 2D Mandelbrot in 1979, the concept to convert the Mandelbrot to a 3D model was picked up. Earlier attempts failed due to computer hardware not being up for the task and errors were breaking up the formula. Daniel White picked up the 3D project in 2007 and among other mathematicians succeeded in creating the Mandelbulb.[....]

The Ancient Art Of Digital Publishing

Digital piracy is a common aspect on the web, and internet users are sometimes or even often part of it because an act of piracy is easily done. There are several sharing activities where piracy is involved such as peer-to-peer sharing, usenet groups, and emailing your favourite song to a friend. These acts of data sharing are mostly low-level and do not have a distinct hierarchy of 'organized piracy'. What contrasts the distributed sharing of data through usenet and p2p is how top-level piracy is organized, which is compared to the open nature of the web extremely organized and within its communities centralized. These communities and its specialized release groups for pirated content together form 'The Scene'. Castells and his investigation in the Network Society (1996) explained how social structures are not organized around traditional physical forms of organization but around electronic networks, enabling distributed communities. Piracy groups adopted this new possibility of organization in its earliest form and made its appearance before the internet was established through early computer clubs and Bulletin Board Systems (Craig et al., 2005). The Scene has always been the first to respond to demand and to actually publish traditional hardcopy content such as film (vhs/dvd/blu-ray), music (cd), games (cd/dvd), and books (print) (short e-book history) to a networked medium that makes digital distribution possible. Something the print-based economy has neglected for many years.[....]